Looking for a good mystery to curl up with? Well look no further for I have bring to you a list of books that just mind have your brain tangled to no end trying to guess the twists!

When a broadway dancer is tortured and killed, it’d up to Cassidy to clear the case. However this was only the first of the deaths and as the body count grows other groups begin to take notice and soon the FBI, CIA and mafia are involved.

But things soon take a turn when our detective finds some very comprising photos. Photos that could give someone the key to power. However the case isn’t Cassidy’s only concern because now he’s dreaming of his own murder.

#2 The Killing Kind by Chris Holm

Michael Hendricks kills people for money, that aside he’s not such a bad guy

Once a covert operative for the U.S military,  our hitman was presumed dead after a mission in Afghanistan went to hell.  Once he returned, he left behind his old life and his darling fiancee and set out on a new path.

Now Hendricks makes his living by assassinating other hitmen, for ten times the price on your head he’ll make sure that whoever’s coming to kill you ends up six feet under instead. Not a bad way to use his skills, but an excellent way to become a target in a very short amount of time. 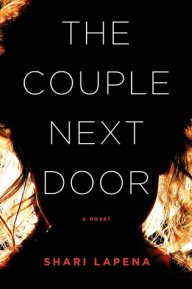 #3 The Couple Next Door by Shari Lapena

We’ve all seen those couples. The ones who have a loving relationship, amazing friendship, an amazing home and a beautiful baby. That was the image that  Marco and Anne Conti put on for show.

But one night at a dinner party, a horrible crime is committed and suspicions are immediately thrown on the couple, but the truth is so much more complicated. What dark secrets hid behind the curtained house? Will they ever come to light?

#4 Angels and Demons by Dan Brown

In a race against time, Robert Langdon must solve the ancient puzzles and unveil the secrets of a secret brotherhood, The Illuminati if he is to save this organization’s most hated enemy, the Catholic Church. 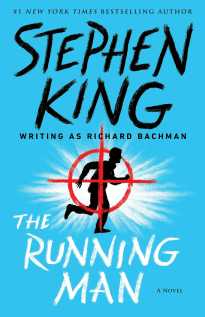 #5 The Running Man by Stephan King

Ben Richards is a desperate man. He has no job, no money, no way out, and a young daughter in need of medical care.

He only has one way to hit it big, by participating in a game network program. He is selected for the network’s most popular game: the running man. A no holds barred challenge, where you have to survive for thirty days as public enemy number one.

Will he make it? 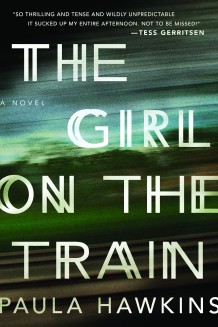 #6 The Girl on the Train by Paula Hawkins

Every day is the same for Rachel, she rides the same train and passes by the same stop and sees the same couple having breakfast on their deck everyday. She looks forward to this stop and feels like she knows this couple. Our dear girl calls them Jess and Jason and as far as she can see their life is perfect.

Until one day things change. Rachel witnesses a brief flash of something awful and decides that the cops need to know. They say she’s unreliable but she gets tied up in the investigation more than ever.

How will her choices affect those around her? Will they do more harm than good?