So in light of the new hype for 13 reasons why, I decided to post my review of this book. A little warning, this review does contain spoilers and I DID. NOT. LIKE. THIS. BOOK. So if I offend anybody, I’m sorry but I just did not agree with the views presented in this novel. 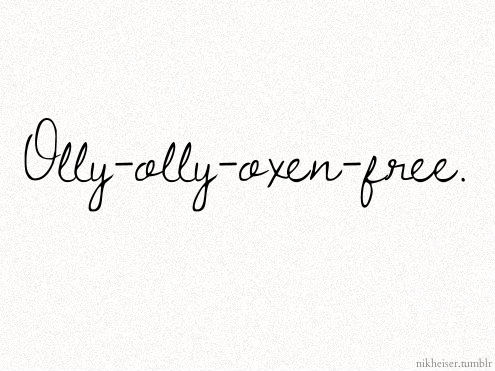 Plot: Sometimes it’s just too much.
This is the case of Hannah Baker, a girl who earned a gruesome and insulting reputation without even trying. And that same reputation drove her to take her own life.
But that’s not all, in light of her decision she recorded seven cassette tapes, each containing one of thirteen reasons as to why she committed suicide.
Each reason was connected to a person and once she had recorded the tapes she mailed them out to the people on her list, the people who eventually killed her.
This is where Clay Jensen comes into the picture. One day, after coming home from school, he finds a shoe box wrapped in brown paper on his doorstep. Thinking it was a gift from an admirer or a friend he happily takes it up to his room and opens it only to find a bunch of old tapes inside. Confused, he takes the box down to his garage and pops one into the old stereo on the workbench but what he doesn’t realize is that the second he hears the voice on those tapes, he’s going to experience the worst day in his life.
Characters:

I liked the character development in this novel. I felt terrible for Clay to have to listen to all that but I liked the way he handled the situation and I could connect with his thoughts and reasoning and I wish I could just give him a hug, the poor dear!
Hannah on the other hand, I found her to be a bit childish at times and I didn’t agree with her reasoning. I feel that it’s important to empathize with a character in this type of story but I just did not empathize with her.

I will say that she was very well written, but I just didn’t like her as a character.

How I felt throughout most of this book:

How I felt towards the middle:

How i felt at the end:

I didn’t love this as much as I wanted to. I thought it was okay and really I just pushed myself through most of it. The last 50 or so pages were the only pages that actually interested me.

Don’t get me wrong the plot premise was interesting and this was very well written but I just can’t relate to it. I know Hannah was going through a tough time in her life but I just don’t agree with her reasoning.
You don’t kill yourself because someone made a stupid list about you or started a rumor or a girl just wanted to be casual acquaintances instead of friends or you had a stalker and so on and so forth. I understand that things were building up for Hannah and that her school life was affecting her terribly but I often found Hannah to be childish and at times almost immature and naive.
She didn’t have to do all this and if she had gotten help this could all be avoided and seriously you’re gonna tell me that no one, not a soul, saw this coming?!
Didn’t they bloody discuss suicide and the warning signs you see in someone who is suicidal. Wasn’t “a sudden change in appearance” at the top of the list? I mean Hannah chopped off her hair and you’re telling me that not a single person noticed?! She even tried to get help but even the guidance counsellors were oblivious!

I mean that’s downright stupid, suicide is a serious topic and it’s becoming more and more common in teenagers, but the reasons Hannah presented weren’t ones I would deem so devastating and painful that she found the need to kill herself. I think the only reasons that actually made sense were the rape and the accident.
And why on earth would you put people through this kind of pain? some of them like Bryce and Justin got what was coming to ’em but others, especially Clay, who did very little wrong didn’t deserve to be put through this.
Once you’re gone, you’re gone. You don’t need to put people through unnecessary pain, I mean you decided that you wanted to kill yourself and you can’t blame others for your decision. Nobody told you to end your life, it was your choice so don’t go around pointing fingers at people who don’t deserve it.

I…I’m sorry, i just don’t agree with the views presented on suicide in this book and I thought it was an okay read. I apologize if I have offended anyone in this review but this is just my personal opinion. Please seek help if you are struggling with mental illness, please.

If you like books about real life issues and outdated technology as a form of good-bye, go read this.

P.S on a side note, listen to the song, ‘Do I wanna Know’ by the Arctic Monkeys. I feel that it goes really well with the story.