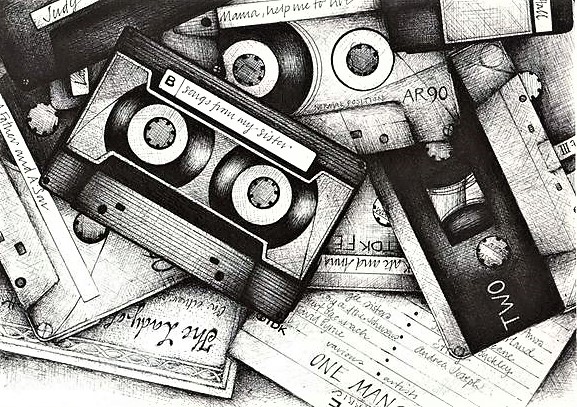 Eleanor and Park by Rainbow Rowell

Park is a semi popular kid in school, he’s learned to keep his head down and stay out of trouble for the most part. However, all that changes one morning on the bus ride to school. Someone comes into his life, a girl named Eleanor who unknowingly disorients his perfect world. She acts strange, dresses in absurd clothing, has wild curly red hair and skin so pale that she reminds you of a ghost. Park initially wants to stay away from her, but  each day as they sit next to each other on the bus, they become closer and closer until their lives intertwine and they can’t stay away from each other.

They both know that first love never lasts, but they’re crazy enough to try anyways.

I ABSOLUTELY loved this book! It was wonderful, and I was just rushing to get to the end. I enjoyed Rowell’s writing style, it was different to say the least and I liked that we get to experience the story from both Park’s and Eleanor’s point of view.

I was nuts about the story, seriously I went into this thinking that it was going to be some fluffy romance I could fangirl over and while it was like that at some points, there was also an element of mystery and angst  in the story that I really enjoyed.

I liked Park’s character; he was so sweet and wonderful. It didn’t seem like that at the start because of the way he initially treats Eleanor, but as you get to know him you start liking him.  I seriously think we all need a Park in our lives, honestly I know I do. He has that cliche dream boy type of personality; he’s quiet, keeps to himself, is somewhat popular, is nice to everyone unless he’s given a reason not to be, he has wonderful manners and is loved by his family. Then comes the necessary wild and somewhat violent side that only comes out when someone provokes the heroine. They guy karate kicked a kid who was twice his size because he was making fun of Eleanor for god’s sake. However, as cliche as Park is, I still loved him, he’s definitely on my list of the best book boyfriends.

As for Eleanor, I enjoyed her character immensely mostly because I can relate to her on a certain degree. You don’t necessarily have to relate to her in order to enjoy the book but it certainly helps. I HATED Eleanor’s family, I get that they were in a tight spot but you don’t just do all those things to your child and just act like they never happened. I believed that Eleanor had a right to shut herself out and stay away from the family, I probably would have done the same.

You don’t just kick your eldest daughter out of the house because bitchy (excuse the language) husband got shit faced the night before and now has a killer hangover. He was the bloody step father and in my opinion had no right to treat Eleanor the way he did, Yes I understand that Eleanor was purposefully pissing him off but still you can’t send your daughter away for a YEAR just because he said so. I’m sorry but that’s just messed up and you know the worst part? This shit actually happens in real life. I feel horrible just thinking about it, and my heart and prayers go out to anyone whose in that type of situation. It scares me because I can understand how those kids feel and I’m speaking from experience.

Sorry, I didn’t mean to ramble, moving on.

As for the romantic element of the novel, I really liked the pacing. It was sort of a enemies, to friends, to lovers kind of deal. Eleanor and Park didn’t outright hate each other in the beginning but they weren’t exactly on speaking terms either. The romance was slow and gradual, it wasn’t love at first sight or anything. Personally I can’t stand that, because I’ve never believed in love at first sight but anyways I’m rambling.

This was a great read, and I thoroughly enjoyed. It was well written, nicely paced and just great. That’s pretty surprising coming from me because I usually don’t like to read contemporary novels but I read this one and I’m glad I did. A little fun fact on the side, I liked this book so much that I actually went out and bought Fangirl, which is another well known novel by Rowell, the very next day. I also binge read this and ignored all the other books I was supposed to read, like The Catcher in the Rye which I was supposed to be reading for my English class, just so I could finish this book.

Here, enjoy some of this wonderful fanart I found for Eleanor and Park: 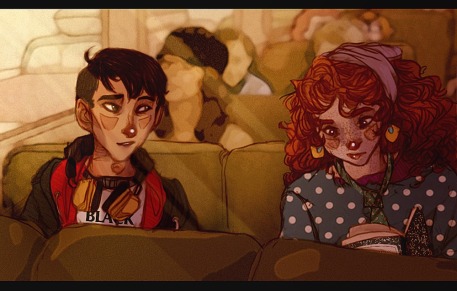 Well that’s all readers! I hope you enjoyed this review and I’ll hopefully be reading Fangirl very soon. Happy reading!